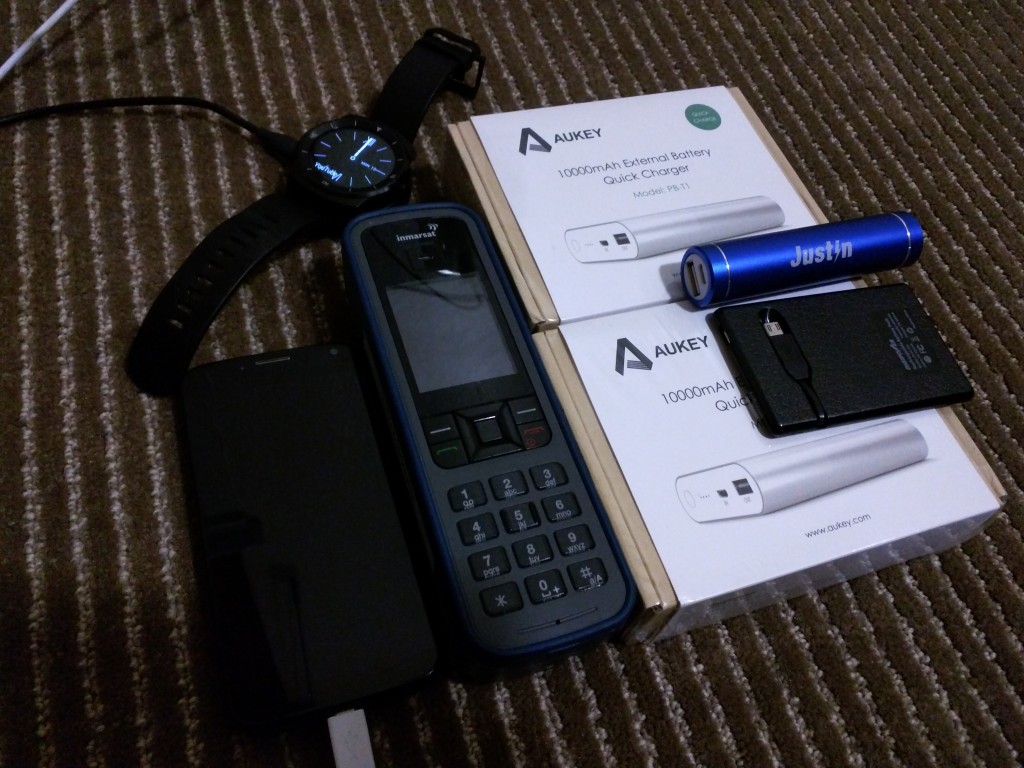 I pack like Tom Haverford in Parks and Recreation (Season 3 Episode 8) and Richard Ayoade in Gadget Man (Series 2 Episode 1).

Today while walking after picking up lunch, I spotted a Tesla Model S in a parking lot. This is not an unusual sight in Mountain View. What did grab my attention, however, was I saw something, a yellow box if I remember correctly, sticking out of the dashboard as I walked by. Curious, I walked up to the driver’s side window and looked in. It was a big red industrial-looking button that’s universally recognized as “emergency stop.” It was labeled “DRIVE UNIT STOP.” I assume that what I saw was an Autopilot test car, as the button reminded me of what’s in Google’s self-driving cars. I was surprised that Google’s installation of the button had a more integrated aesthetic. 🙂 Other than the button, the rest of the car looked normal to me as I continued along my way. I get to see some pretty neat stuff in the Bay Area. 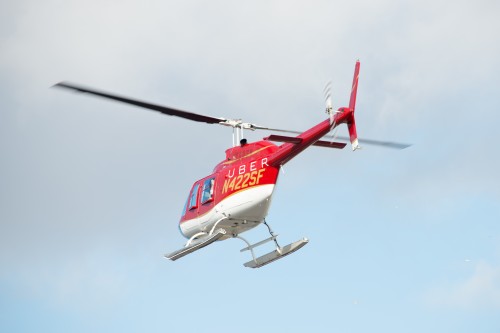 The Bay Area doesn’t have a traditionally great reputation when it comes to transportation options. Innovation is fixing that. 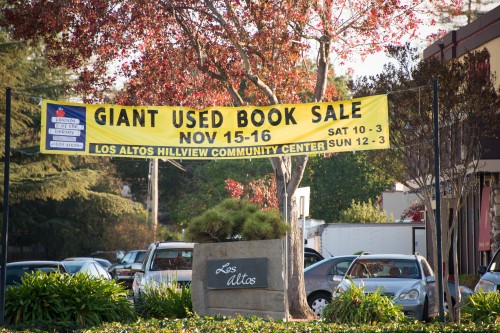 My former colleague Peter recently took a leave from work to travel the Pacific coast of the US on his bicycle, stopping along the way to surf. During his journey, he blogged regularly. I thought this was pretty cool. As I explained to Peter after he returned, his trip was totally something that I wouldn’t want to do as his blog describes such terrors as talking to strangers, camping, and improvisation. However, I could absolutely see why Peter would enjoy it. I appreciate seeing when someone is passionate about something and doing what they love, whatever that may be.

I’m not usually spontaneous, but on Saturday, without any prior planning, I visited Land’s End and then boarded a party bus headed to an unknown destination. It was terrifying, especially when I accidentally started eating a veggie burger made with black beans. But hey I have pictures. 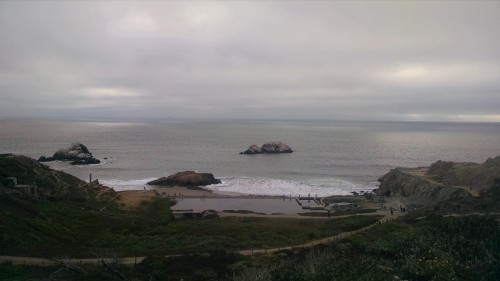 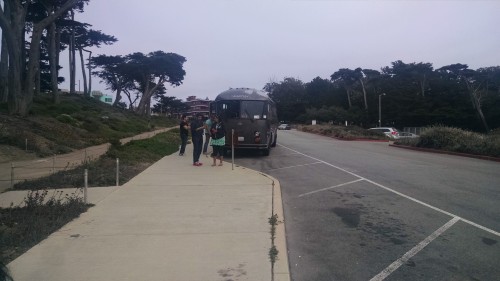 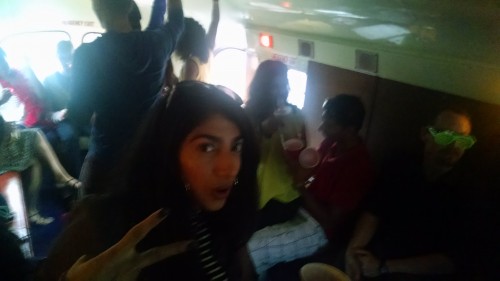 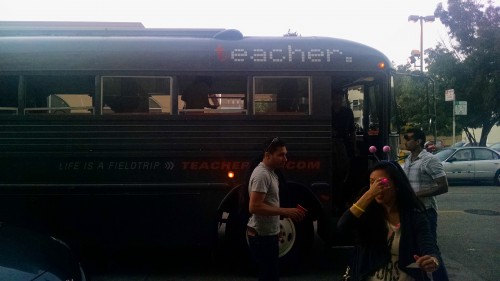 A few weeks ago while driving back to my apartment from dinner, I noticed a helicopter hovering overhead and police vehicles stopped at every block. On the sidewalk, I saw police officers turning people away from a certain area. I assumed that they were chasing a person. I later found out that they were trying to capture a mountain lion.

I went to Maker Faire yesterday for the first time since my first visit in 2009.

There were a lot of familiar exhibits, but the most noticeable change was the rise in 3D printing. There were multiple 3D printers on display, including these from Ultimaker which are about $2600. 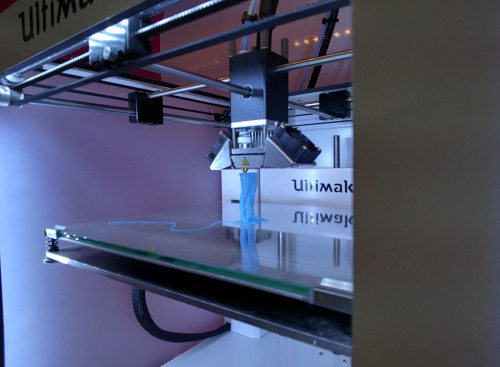 I had never seen a 3D printer in person before, and it was fun to see many of them in operation. The concept as far as I can tell is pretty simple. A plastic coil is fed into a hot nozzle, just like a hot glue gun, which melts the plastic. As the plastic is extruded, the print head moves along 3 axes to create the product. I don’t know what I’d use a 3D printer for today as I don’t generally build things in the physical world, but it will be interesting to see if they ever become mainstream among general consumers. 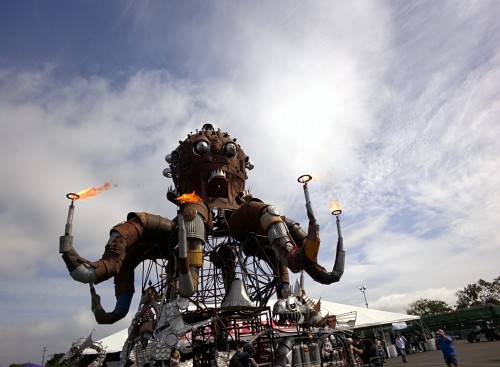 It reminded me of how fire is used at theme parks and in Las Vegas.

I didn’t get any good video of it, but this year the Tesla coil demonstration was musical. There was a keyboardist in a cage, I believe controlling the coils, backed by other band members. You can find a ton of good Tesla coil music videos on YouTube. 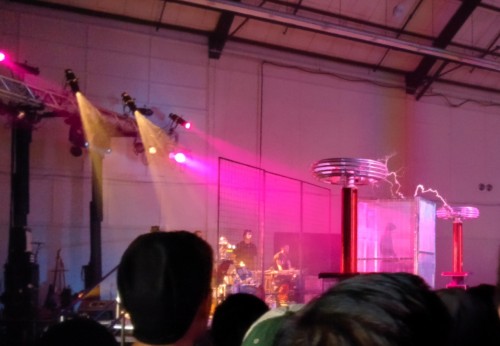 I liked the look of these lights: 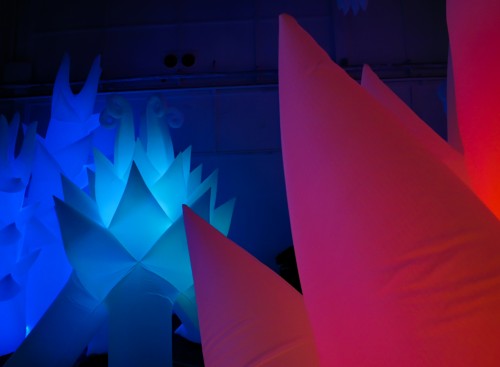 Here’s what it looks like to have a smoke ring shot into your face:

Blue Man Group has incorporated similar machines into their act, of course playing them as drums. 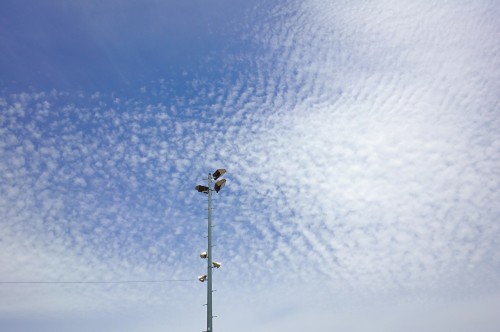 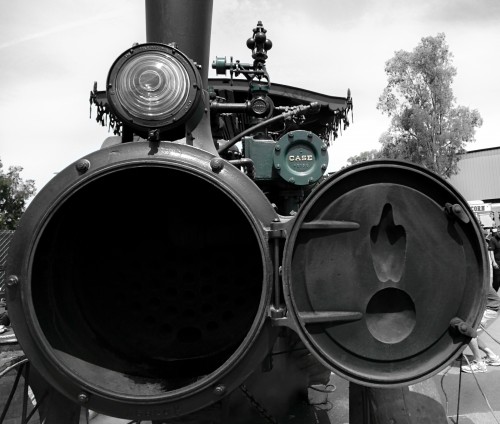 That’s a Fresnel lens on the light. Yeah, I learned stuff in my high school stagecraft class. 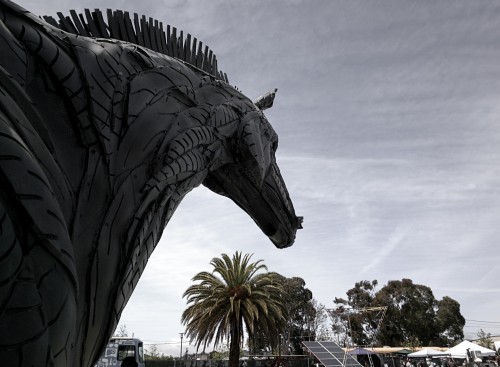 DriveNow is a service from BMW, currently available in a few major cities in Germany as well as San Francisco in the US. You can rent a car, on-demand, and pay by the minute. And, you can drop it off at any DriveNow station. Since you pay only for the time, there’s no penalty for doing a one-way rental. Currently, it’s a $12 minimum charge for the first 30 minutes, 32¢/minute after that (13¢/minute for parking), and through June, the total charge is capped at $30 per 24 hours.

Parking at SFO’s long-term lot is $18 per day. So even if I’m only gone for a weekend, it’s still a better deal for me to rent a car each way, as I’m about 30 minutes from the airport.

So, how is it in practice? It’s mostly awesome, but there are a few kinks. Here are some notes from my experience so you can see what it’s like.

First, I unplugged the car, and then swiped my DriveNow card to unlock the doors. There was no use of a key at any point. 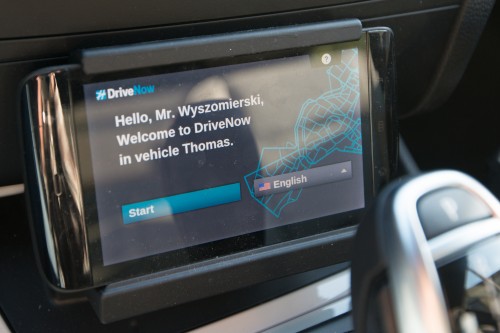 I was then prompted to enter a PIN to make sure that it was really me using my card. After entering my PIN and confirming that the car is clean and undamaged, I tapped on “Start reservation” and the car was ready to go. It’s a push-button start of course, and the car didn’t make any sound when it was turned on. The only indication that something had happened was the energy gauge flipping up to “Ready.” From there, it was just a matter of putting the car into gear and pressing on the accelerator.

The DriveNow location at SFO is at SkyPark, one of the off-airport parking facilities. It’s about the same distance from the airport as the official long-term parking lot. It wasn’t difficult to find, though of course I used Google Maps. Once there, an attendant directed me to park the car, end my reservation, and hop on the shuttle.

One of the nice things about SkyPark is that the shuttles run on-demand, so there’s not a lot of waiting. When I returned, I called SkyPark to let them know which terminal I was waiting at and the name of the car that I had rented via the DriveNow app just seconds before. A shuttle quickly arrived and took me back to SkyPark, where an attendant retrieved the car for me. When I returned the car to a parking lot in the South Bay, I ended my reservation and swiped my card to lock the doors. I then used my card, which doubles as a ChargePoint card, to release the charging cable at the station and start charging the car for the next customer. It’s a free charge at the DriveNow locations of course, but you can also access the paid stations when you’re out and about if you set up your ChargePoint account to allow that.

Overall, DriveNow provided a great experience and I’m planning on using it for all of my future SFO-based travels.

So what’s it like to drive? The car is great. It’s a BMW. It’s comfortable and it handles well. It has satellite radio. As an electric vehicle, the ActiveE makes the coolest sounds, too. When I test-drove a prototype a year ago, the BMW intern who rode along with me pointed out that because of the way the regenerative braking works, you can learn how to drive without tapping the brake pedal. As you lift your foot from the accelerator, the generator acts as a brake, and yes, the brake lights will engage so the cars behind you aren’t surprised. Of course it’s still recommended to use the brake pedal when stopped at crosswalks, etc. My camera was mounted in such a way that the mic really doesn’t pick up will, so you can probably find better recordings elsewhere, but for the record, here’s what the regenerative braking and electric acceleration sounds like:

One of the advantages of driving a fully electric car is that you can drive in the carpool lane. Note the “Access OK” decal below: 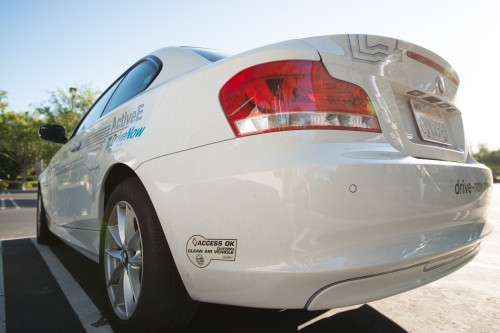 This is pretty useful during rush hour. One weeknight when I was meeting friends for dinner in San Francisco, I rented a DriveNow car for the evening so I could use the HOV lane up to the BART station, where I parked like any other traveler:

I could have driven all the way to the city, but I don’t like parking there. Instead, I simply put the reservation into “park” mode, and retrieved the car a few hours later. Since there’s a cap on how much I could be charged for 24 hours, I was only charged $32.55 ($30 plus 8.5% tax) for the whole evening.

On a trip back from the airport, my reservation was started at 9:48 PM and ended at 10:32, as I stopped at my office for a few minutes to feed ALF. I got charged for 41 minutes of driving and 3 minutes of parking, for a grand total of $17.26 including tax, less than a day of parking, and significantly less than a cab ride.

There are a couple of things you should know about the car, though. The trunk space is limited. I put my carry-on bag in there, and there wasn’t much room for anything else. 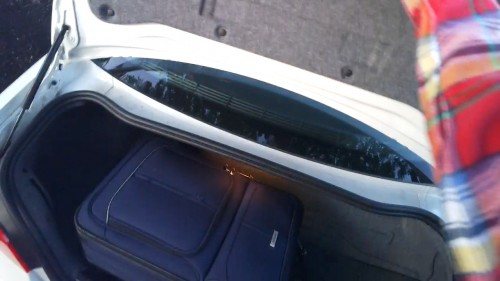 Multiple passengers with luggage could present a challenge, just as with any small car.

The range is also limited. A Tesla Model S’s range is rated at over 200 miles from the EPA, but the ActiveE is rated at 94 miles. It’s more than adequate for getting to the airport, and I’ve done a round trip from Mountain View to Millbrae and back with no problem, but I couldn’t help myself from constantly checking the charge level while driving.

While important to know, the limitations I noted above don’t affect my use case. As with FlightCar, I did find that there are some rough edges that need to be worked out in the DriveNow service:

Some teething pains are always expected with a new service, and I’m still eagerly awaiting my next reservation!

I met a couple of members of the DriveNow team when doing my last pickup. They were updating the software on the cars, and super-helpful! One of them even showed me how all of the DriveNow stations are saved in the navigation system, and set it up to direct me to SkyPark. He also gave me a couple of other tips: You don’t need to reserve a car in advance with the app. If you see an available car, just tap your card and the doors will unlock. And when we both ended up at SkyPark at the same time, he was there as I ended my reservation and showed me that a green light (indicating that the car is available), confirms that my reservation has successfully ended. I didn’t have any unintended charges this time… it was $14.76 going up to the airport and $13.02 on the way back!

My SkyPark experience was a bit different than the first time. Unlike before, the valet retrieved the car with the SkyPark card instead of taking mine and asking for my PIN, so I was the one who started the reservation this time. There was some confusion when I got on the bus and they were unable to find the exact car that I reserved, but it wasn’t really an issue as I just told the valet to grab any of them.